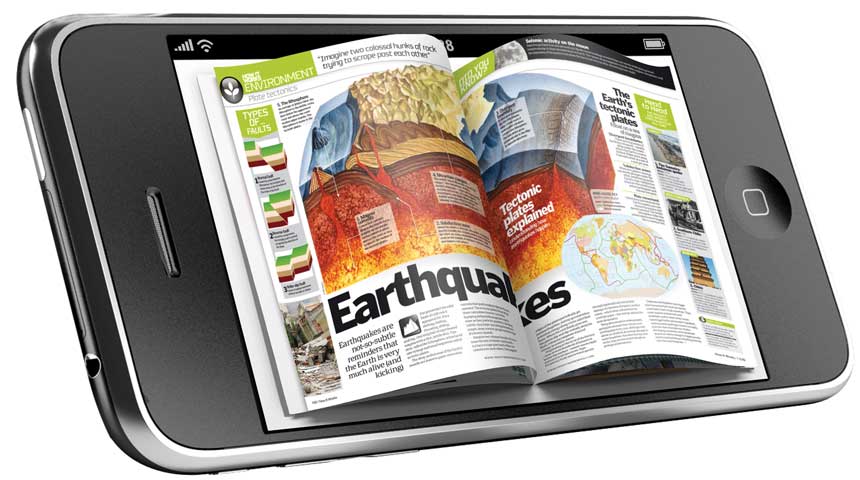 The tablet computer has been around for quite some time and were basically what they call pen tablets. In addition to many academic and research systems, there were several companies with commercial products in the 1980s: Pencept, Communications Intelligence Corporation, and Linus were among the best known of a crowded field. Very few could cope with a digital magazine.

In 1987, Apple Computer started its tablet project, which considered release of devices of three sizes, with the one eventually released in 1993 being the Apple Newton.

The tablet computer market was reinvigorated by Apple through the introduction of the iPad device in 2010. With Android and Windows also entering the market a little while later we now see over a billion tablets being used in the marketplace today. A digital magazine is a key factor in this market today.

More than 1 billion people worldwide will use a tablet in 2015, according to new figures from eMarketer, representing nearly 15% of the global population and more than double the number three years ago. By 2018, the number of tablet users in the world will reach 1.43 billion.

So here is a huge market just starting to effect what is happening online.

In 2011 we started to product Digital Magazines for consumption on tablets as opposed to laptops and desktops. We reduced the number of columns, increased the font size a bit and laid out our magazines for reading on tablets so no half stories or having to scroll through pages to find things.

Additionally we tried to make them under 5 mb so they could be downloaded on wifi or data plans.

Most traditional magazines producers and even new ones stayed with the same old layout which made magazines bulky and in many cases over 100 meg. To read you have to scroll and zoom like on a non mobile enabled website and very chunky and hard to navigate.

Digital Magazine App or not

Lastly they got caught up in the app market which can be expensive and simply becomes another app in the midst of many on peoples tablets.

We design our magazines with simplicity in mind and easy to access from a website, distribution center or via email. The reader can the add it to their own library system and read it quickly and simply on any device not just where the app is.

The next part of our system was make it free. Most people on the Internet love free stuff and so we complied and make our money from advertising beginning with our own products and services and then branched out to others.

Apple or Android or Windows

The simple answer is all of the above. The way we produce our magazine any platform can read the magazine and there are a huge number of apps to allow you to organize them.

It is a simple and efficient way to build a following, sell product and have a lot of fun.

Out Digital Magazine tutorials will show you how to build a magazine from scratch including layout, content, graphics and covers plus much more.