Start the New Year with your own online business on the side. 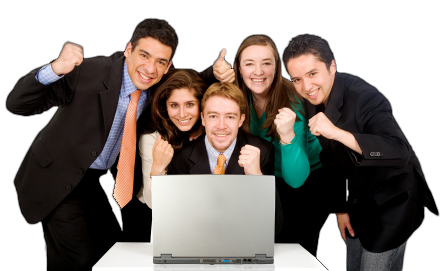 I had some good friends around for dinner the other evening. During the social dinner conversations, one of my friends mentioned the interest on investment accounts on offer with the banks at the moment.

She had $10,000 to invest and was happy with an interest rate of 4.75%. The best “at call” rate she had found after much research with financial institutions. She was after a safe investment during these uncertain times.

The stock market or property investment was not her cup of tea.

Another of my friends responded, “I wish I had the spare $10,000 to invest in the first place!”. He went on to say that how difficult he found it to save any money after paying his bills each week. (Something you hear all the time)

Later that night, I thought about what my friends had said and their financial mindset on money matters.

My friend had put her efforts into ringing around and visiting the many financial institutions in town. She was happy to find that she could get an extra 0.25% on her money!

What a waste of time and energy if you think about it!

My other friend on the other hand would love to have an extra $10,000 to invest. However, his day job does not allow him to save enough to “get ahead”.

But…. He possesses a crucial ingredient that can earn the extra money he desires…. The ingredient is…. His “spare time”.

Without changing or giving up your “day job”, asking for a pay rise, or finding a second part time job….

The average PC literate person can earn a substantial extra income from home just by selling simple information products they create themselves based on what they “already know” and all in their spare time.

Marketing information…. Information people want, in the form of ebooks, ebooklets, special reports, audio tapes, video’s and CD-roms is still the best home based Internet business you can start.

It’s as true today as it was four years ago on the Internet.

Earning an extra $10,000 is not unrealistic for the average part-timer on the Internet today in this business.

People often ask me if it is really possible to earn decent money on the Internet if you only have a few spare hours in a day to devote to your online business. Surely the law of business prohibits you from “gaining a lot for very little”?

Here is the key that many people new to online business MISS….

You might only work 2 spare hours a day on your little Web business BUT your Web business (your website) WORKS FULL TIME 24 hours a day for you!… This is the reason why it does not take much of your time and yet can return far more than an hourly wage for the ACTUAL hours you put in.

Having a well-constructed website that sells for you 24 hours a day, 365 days a year on “autopilot” is like having an “electronic employee or salesman” working for you and presenting your product perfectly every time.

It’s a business that works unmanned… Like a shop that never closes.

You may have heard the cliché… “Make money while you sleep” and thought…. That’s pure BS!

The reason way you can make money while you sleep is “TIME ZONES”. This may seem obvious. But you’d be surprised how many people have not thought of this.

While it’s night in the Southern Hemisphere… It’s daylight up north. And vice-a-versa. The other half of the world are awake and visiting your website while you sleep. Your online business might be small but is on view to the whole global online community for 24 “waking” hours each day.

Nothing is as exciting than waking up in the morning, firing up your PC, logging on and retrieving email notification of credit card orders made during the night!…. 2 years in this business, and it still is a thrilling experience. It’s a great feeling of achievement, knowing that the few hours you spent in the evening before working and marketing your little online enterprise has paid off.

But you know…. It’s not just the money you make, i’ts about establishing something else….A “safety Net” in hard times….

We live in uncertain times… Of war and global economic downturn. Companies are downsizing both large and small. Employees are losing their jobs in the thousands each week….

Could you be next?

How many of your friends or people you know have had the “pink slip” fly their way? Nobody is immune nowadays. Give it some thought.

Learn to look for the danger signs if you work for a large organization. For example if your share price has been falling and remains very low for more than 6 months with little movement. It’s time to re-evaluate your future with the organization.

If you work for a small business, and there are cash flow problems, or no new staff being put on to replace those that have left. These are warning signs that indicate trouble may be ahead for you.

Wouldn’t it be nice to have an additional source of income rolling in should you lose your job tomorrow? Would it help to keep the “wolf from the door”?… A safety net?…

A little online business on the side.

Nobody can retrench you from your own business. A business that can never go broke either…. You can even set up a free website and perform zero cost marketing promotions. Zero overheads. Maximum profits.

That’s how I started and you can do the same.

Even in hard times…. War, Anthrax scares, recession, have not effected my online business. Sales may not have increased, but they have not declined.

You may also think that you need “talent”, writing skills and a certain level of education to succeed in running an online information product business. Not so, the world is full of educated and talented failures. What you do need however is “persistence” and a dogged determination to succeed.

Nothing in the world can take the place of persistence. Talent will not; nothing is more common than unsuccessful men with talent. Genius will not; unrewarded genius is almost a proverb. Education will not; the world is full of educated failures.

Persistence and determination alone are omnipotent.

My father taught me this at an early age. He was a prized boxing champion in the British armed forces in his younger days. He never lost a fight. He retired undefeated after a long career. Yet he was not the best boxer in the regiments.

However he had the one quality other boxers fear….

He would never give up, even when knocked to the mat time after time, he would bounce right back up again. He had determination and persistence and the will to win so badly, which gradually wore his opponents down, round after round until they eventually tossed in the towel in exhaustion.

That my friend is the key to success in anything you set out to do in your life. Too many people give up too quickly, at the first sign of obstacles.

After being “knocked down”, when you think you’re beat.

Is running an online business easy?

No it’s not. There are more who fail than succeed. That’s the truth. It’s no different to running a business in the real world. Many online marketers won’t tell you the truth.

(That’s why those who know me online call me the “honest” marketer).

It was reported in Bloomberg News, that only 27% of U.S. small businesses with a website use the Internet to sell their products, and of these they average fewer than three online orders per month.

Your online business will be different. You will be selling your own unique information products. Your own creations. You will not be trying to compete with offline businesses all selling the same brands or the large “dot coms” who have failed miserably for very different reasons.

So if you don’t have spare money to invest, like my friend did, don’t worry, 12 months from now you will have much more than my other friend who has invested her money to earn a measly interest of $475!!

You could have the same $10,000 plus interest from investing your “spare time” instead.

So next time you put your feet up in your spare hours, consider investing some of those hours up online!

Quentin Brown has been helping people build online businesses for nearly 10 years and provides a wealth of knowledge and expertise for those who are technically challenged but want to make use of new technology without spending a fortune.  http://webmarketingforprofit.com