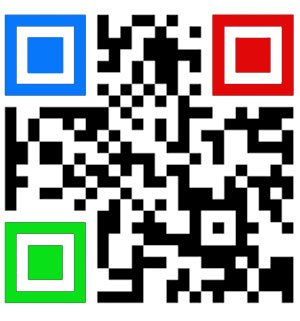 QR codes have really taken off recently as marketers find creative ways to integrate them into campaigns. Below is a roundup of some of the best campaigns and uses for QR codes.

1) Tesco’s Home Plus supermarket found a unique way to help hardworking Koreans with their grocery shopping. They placed lifelike billboards depicting supermarket shelves in the subway and shoppers could scan the QR codes with a phone application as they waited for their trains. Customers could check out online, and the goods would even be delivered to them at home, meaning no need to carry heavy bags.

2) JCPenny’s Santa Tags allowed customers to personalize holiday gifts with a QR code gift tag that contained a recorded message from the giver.

3) Department store Macy’s has started using QR codes on clothing signage that take customers to fashion tips from designers on how to wear the clothes.

4) Living Headstones has created on online memorial for loved ones who aren’t able to visit a cemetery regularly. A QR code links from the headstone to a website with a memorial page where friends and family can leave their own regards and memories.

5) Columbia Sportswear launched a fun initiative to help persuade customers to choose a used packaging box over a new one to cut down on their environmental impact. By scanning the QR code on a box, customers could track the journey of where it had been and upload pictures and comments to add to the box’s story.

6) The Cleveland Museum of Art placed QR codes next to exhibits to direct visitors to online or audio tours via their phones, or to provide more in-depth information.

7) Spotify’s modern day mixtape app allows you to send a greeting card with a custom QR code that lets you share a playlist with the recipient.

9) To promote the movie “Inception,” marketers expanded on the secrecy and sense of mystery that surrounded the film. Usually, movie QR codes lead to trailers and interviews, but QR codes on posters, T-shirts, fliers and other promotional material for “Inception” led to a fictional website called “What is dream share?” to help build the movie’s hype.

10) Brancott Estate’s “World’s Most Curious Bottle” phone app uses your phone to scan the QR code on the winery’s bottles and give you a whole load of information, including food-pairing suggestions and promotions.

11) Some Vancouver restaurants are partnering with Foodtree Media to help bring greater transparency to their menus, where QR codes lead to more information about ingredients and food preparation.

12) Indian restaurant Bombay Bowl has three QR codes in its entrance area that take visitors to mobile-friendly versions of their Facebook, Twitter and E-club for more information. Further QR codes on the tables lead to other “Smart Meal” restaurants nearby.

13) Mesob, an Ethiopian restaurant in New Jersey, has QR codes on each table that take customers to instructional videos about the production of the restaurant’s coffee and how they make traditional Injera bread.

14) The Melt, a chain of grilled-cheese restaurants, lets you skip the line by placing an order on your mobile phone. This creates a QR code, and holding the on-screen code over a scanner in the restaurant gets your order on the grill.

15) Policy restaurant and lounge in Washington, D.C., placed QR codes in its front window; some of the codes take customers to the menu tab on its website, while another code directs to reservations and a third to directions.

16) Mountain Dew and Taco Bell partnered on a promotion in which customers scanned QR codes on drink cups to get free music downloads. The campaign earned the companies more than 200,000 downloads.

17) Verizon’s ScanLife Droid app promotion received more than 150,000 scans of its QR codes that linked from a whole variety of materials to its app download page.

18) Verizon’s “Win a Smartphone” promotion led to a 200% sales increase with only $1,000 of investment. Store customers used the QR code to share their purchases on Facebook, and if one of their Facebook friends then bought a Verizon mobile, the original customer would win a smartphone.

19) Bollinger Champagne ran an international competition called “Life can be perfect” with QR-coded classified ads in various newspapers worldwide that led to a competition entry site. The prize was an invitation to a private event at a secret venue in Paris to celebrate Bollinger’s 50th anniversary.

20) Scandinavian Airlines launched its “Couple Up to Buckle Up” QR code promotion based on the idea that couples often book travel together. To get the couples’ discount code, the two side-by-side QR codes had to be scanned simultaneously on two smartphones.

21) New York’s Central Park “World Park” campaign wanted to reach out to a younger audience for Arbor Day, so they turned the park into an interactive board game using QR codes positioned around the park that linked to a wide range of information.

22) Heineken’s U-Code campaign enabled festival goers at the Heineken Open’er Music Festival to create their own QR codes to wear on clothing and help break the ice when meeting new people. The QR code took fellow attendees to the creator’s own unique message when scanned.

24) The Mall of America ran a Black Friday sales event centered around a 50-by-30-foot MOA logo made up entirely of QR codes. 300 guests scanned the codes at certain times to win prizes from gift cards to a shopping spree. Shoppers had more chances to win by scanning codes placed around the mall for the entire holiday period.

25) The Association Media & Publishing conference aimed to be a paperless event last year and used QR codes in a wide variety of places, saving attendees from carrying round large volumes of literature and handouts. Organizers used the codes to give information about the speakers and events, link to local restaurants, receive feedback and display the schedule. Other events also included QR codes on name badges, which act as a virtual business card (with photos, websites and contact details), saving people from collecting hundreds of cards.

27) Google’s Favorite Places campaign identified 100,000 businesses in the U.S. as “Favorite places on Google.” Those businesses received a window decal with a unique QR code, which passersby could scan to find information about that business, read reviews, star the business as their favorite and more.

28) This interactive resume incorporated a QR code into the design, which could then be downloaded using a QR scanner.

29) Creative business cards are using QR codes to expand the amount of information available in a small space.

30) The Florida State Law Library is using QR codes in book stacks to link to related electronic resources, while the University of Gloucestershire Library, U.K., prints QR codes in all its books that link to the renewal system.

Thanks to everyone who commented on my original Mashable post on this topic.

Ekaterina Walter is a social innovator at Intel and author of “Think Like Zuck.” Walter was named among 25 Women Who Rock Social Media in 2012. She sits on a Board of Directors of Word of Mouth Marketing Association (WOMMA).